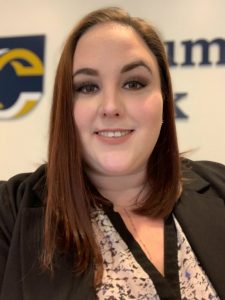 “Our community is truly one of a kind.”

“I was born and raised in Maple Shade,” she said. “As a teen I couldn’t wait to spread my wings and get out of here but I quickly realized after graduating that there really is no place like home.

“There is no bad place in Maple Shade to live or start a business,” Nixon continued. “If someone chooses Main Street, Route 73, or Route 38, there is so much traffic through our small town.

“Of course I would recommend Maple Shade if someone was seeking to open a business,” she added. “Our community is extremely loyal and embraces new businesses that get involved with the community.”

Now with Columbia Bank for 15 years, Nixon started as a part-time night teller and worked her way up to assistant branch manager, a position she currently holds.

She said Columbia Bank has been in Maple Shade for more than 40 years and in New Jersey since 1927.

“What is unique about Columbia Bank is that our customers are our family; you’re a person not a number,” Nixon said. “Our bank proudly gives back to the communities we serve in, whether it be by employee volunteerism or through our Columbia Bank Foundation which provides grants and donations to eligible 501(c)3 organizations.”

She said she joined the MSBA when her boss, Mary Anne Constantine, and Manager Linda Wiest urged her to be a part of the organization.

Nixon said her primary role is to run and update the MSBA social media pages and engage with the community online.

“To me, the MSBA’s biggest challenge when I joined was social media and online presence,” she said. “The world is run by technology and it’s now the way of communicating and getting information out there.

“The MSBA has been a wonderful organization for Maple Shade,” Nixon added. “My goal has become to not only serve our members but to also introduce the community to the MSBA and its members.

“Our community will benefit from knowing the faces behind the businesses they frequent and without them, businesses in town would not survive,” she said.

One of the most important things Nixon has learned is “being present in the community will go a long way.

“As a businesswoman in town, I am more excited to participate or volunteer in community events as a representative of the bank than go to a networking event with other business owners and peers,” she said. “Don’t get me wrong, B2B is important in the banking industry but serving Maple Shade and getting to know my customers and their family, friends and neighbors have been very rewarding to me in my career.”

Nixon said her father was from Cherry Hill and her mother was from Marlton. They moved to Maple Shade and raised Nixon and her three sisters there.

A 2004 graduate of Maple Shade High School, Nixon still lives in town with her husband, Matt, who transplanted from Delanco. They have been in their home for about 8 years.

Specialist in Printing and Promotional Items 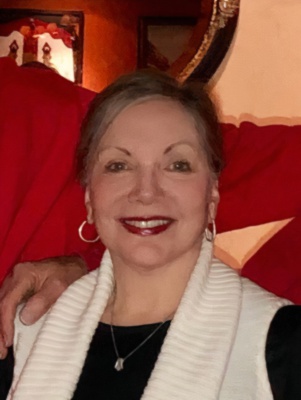 “It’s all about likability and customer service,” Karen Radie said. “You can offer the same product at the same price as many other businesses but clients come on board and stay because they like you.”

Radie owns ASPIC, Inc., which has been in business for 16 years, all of that time in Maple Shade.

“I always wondered how companies got their logos on hats, coffee mugs, etc. It just so happened that two friends worked in this field and asked if I would be interested in the research and graphics side of the business,” she said. “Having been a former graphic artist I couldn’t resist.

“I learned all sides of the promotional products business and after a few years felt confident enough to go out on my own,” Radie added.

She said what’s unique about her business is “the personal touch we try to give every client.”

Radie said she and Barb, who has been with her for all 16 years, truly enjoy the promotional products business.

“We get paid for shopping, what could be better!” she said. “Of course there is the satisfaction of taking and idea and turning it into something tangible.”

Radie said she would “certainly” recommend Maple Shade to anyone interested in opening a business here.

“It’s a small town with a good reputation for encouraging new businesses by offering help through our zoning board, business association, banks, and other business owners,” she said, noting how helpful the Maple Shade Business Association is.

“It’s good to know your fellow business owners and get together with them for new ideas, networking, even problem solving,” Radie said. “The MSBA offers its members a way to reach their business potential in town.”

She has lived in Maple Shade for 31 years and enjoys traveling, gardening, theater, “but most of all” spending time with her grandchildren.

The future of Credit Card Processing

That’s what Mike Bimmer says is the most important thing he’s learned when it comes to business.

Bimmer owns MB Solutions, a full-service merchant services company that has been in the Shade for eight years.

He is a partner in Voxedge, a VoIP phone company and is the purchasing agent for Mohawk Computers, a managed IT company.

Bimmer said he started MB Solutions as a “spin off” from his banking days and takes pride in providing excellent customer service to the merchants he serves.

He was in the banking industry for 20 years, starting as a branch manager and working his way up to senior lender for a small bank. Bimmer also owned a barcoding company for more than 10 years with his son-in-law and sold it to a company in Atlanta.

He said one reason he would recommend Maple Shade to anyone looking to start a business here is that the town government is business friendly. Bimmer has served on the Maple Shade Zoning Board for more than 25 years.

He joined the Burlington County Regional Chamber of Commerce in 2013.

Bimmer served in new business development and then as an ambassador for the past year. He is proud to say he built MB Solutions through networking at the chamber and the Maple Shade Business Association.

Bimmer serves on the board of directors of the MSBA and currently is the treasurer. He said he joined the association for its networking potential.

Getting business owners to see the value of joining is the greatest challenge the MSBA faces, Bimmer said.

A graduate of Holy Cross, he grew up in Maple Shade and has lived here for more than 60 years.

Bimmer coached and was treasurer of the Maple Shade Babe Ruth league for many years and currently coaches the JV CYO basketball team at Our Lady of Perpetual Help school.

He said he likes to golf in his spare time.